In 2019, Artipelag is putting the spotlight on the numerous works of the Italian artist and designer Piero Fornasetti (1913–1988) by displaying paintings, drawings, graphic design, furniture and other design artefacts, as well as spatial installations. The show is the first exhibition in Sweden to encompass Fornasetti’s entire output, and it also includes contemporary works made by his son Barnaba Fornasetti. The exhibition FORNASETTI Inside Out Outside In opened on June 14th, 2019.

Piero Fornasetti is perhaps best known as one of the most prominent names in the international world of design, but he has a versatility that encompasses a variety of all aesthetic disciplines such as painting, drawing, graphic design and furniture design. Fornasetti’s creative ideas seem to emerge from a never-ending source and he is considered to be one of the most productive individuals in the history of design, with more than 13,000 artefacts bearing his signature. This versatility is the starting point for his design concept, which is in many respects a philosophical reflection of what it is like to be a human being during the 20th century.

Piero Fornasetti was born in 1913 in Milan, and he remained faithful to the city for most of his life. The duality of Milan, with its historical monuments combined with a modern commercial centre, was an important source of inspiration in Fornasetti’s creative work.

Fornasetti started his career with art studies at the Accademia di Brera in Milan in 1930, which he discontinued prematurely in 1932 since he was unhappy with the tuition. He started to study handicrafts instead but continued to paint for his entire life. His début was in the borderland between painting and handicraft, with printed silk scarves at the Triennale design exhibition in Milan in 1933, which attracted the attention of the architect Giò Ponti. Ponti was one of the most prominent cultural figures of the time, and he was also editor of the magazines Domus and Stile, where Fornasetti was published.

In 1940 Italy was at war, and Fornasetti went into exile in Switzerland from 1943 to 1946. He settled in Switzerland, where he was to focus his interest on drawing, which resulted in pieces including a wonderful series of black and white self-portraits.

After the end of the war, in 1946, Fornasetti returned to Milan, where he resumed his collaboration with Ponti. Together they created an unforgettable number of furniture items, which were designed by Ponti and decorated by Fornasetti. In the period 1949–1952 this collaboration was extended to include full-scale interior design assignments for, among others, Casino San Remo and the cruise ship Andrea Doria.

After his collaboration with Ponti, in the years 1950–1952 Fornasetti further developed his own iconography, not only on furniture and interior furnishings, but also on plates, cups and a variety of other everyday items. The first plate of the series Tema e Variazioni (Themes and Variations), with the famous opera singer Lina Cavalieri’s face in various appearances, was added to the collection in 1951 and became one of Fornasetti’s most successful motifs.

He opened his own shop in Milan in the 1950s, with the aim of reaching a bigger, international audience to make design more democratic in line with the spirit of the age. This formed the basis of Fornasetti’s international breakthrough during the 1960s.

After a number of successful decades, the company suffered a crisis in the 1970s, although it was only to be a short one. The Post Modernist movement’s interest in decoration and storytelling highlighted Fornasetti as an important role model. The entry of his son, Barnaba Fornasetti, into the company in 1982 was also an important event. Barnaba continued to develop his father’s iconographies, and started working as a curator in the production of exhibitions. This has resulted in a diversity of Fornasetti exhibitions all over the world, including a major retrospective exhibition at the Victoria & Albert in London in 1991–1992. After Piero’s death in 1988, Barnaba took over creative responsibility, and this remains the case to this day.

The title of the exhibition, FORNASETTI Inside Out Outside In, refers to the flowing creativity and rich imagination within the artist, but also to the way he applies technical proficiency to process his visions and depict the modern reality. This dual movement is a central feature of Fornasetti’s entire artistic work. 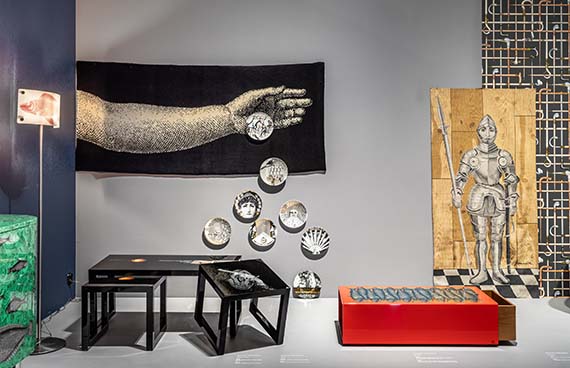 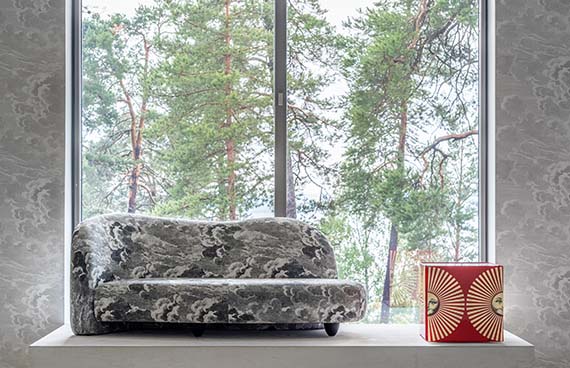 “An exhibition that puts me in a very good mood, crazily fun and zestful.”

Every day at 2.30 pm an introduction (around 15 minutes long) is held in English. The introduction is included in the entrance fee.

Daily departures to and from Vasagatan in Stockholm city center.
Read more >> 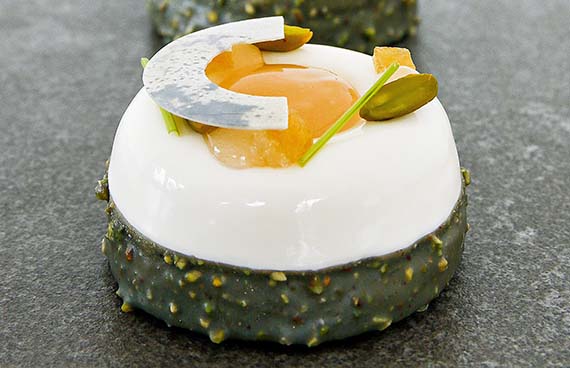 In honour of each exhibition, we create a special pastry inspired by the art. The pastry for FORNASETTI Inside Out Outside In is crafted of mascarpone mousse, pistachio-dipped lemon sponge, lemon cream flavoured with home-made limoncello and lemon glaze.
Read more >>

“The mission of the exhibition – to showcase Fornasetti’s subtle and remarkable design – has been a resounding success. What makes the exhibition so worth seeing is the insight it gives you into the deeper function of design, namely to give shape to our everyday life.” 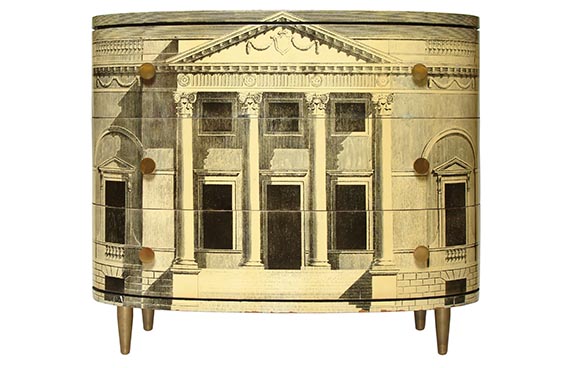 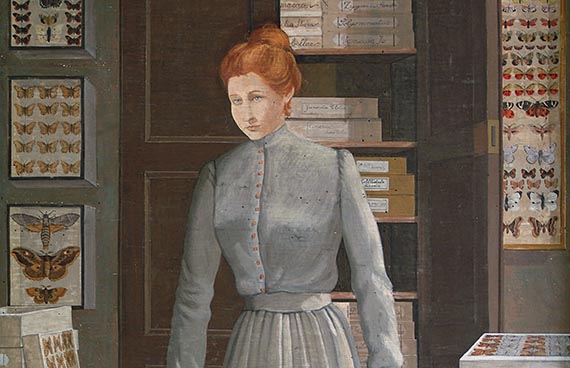 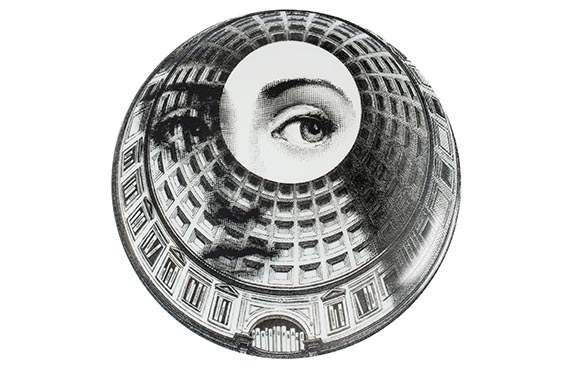 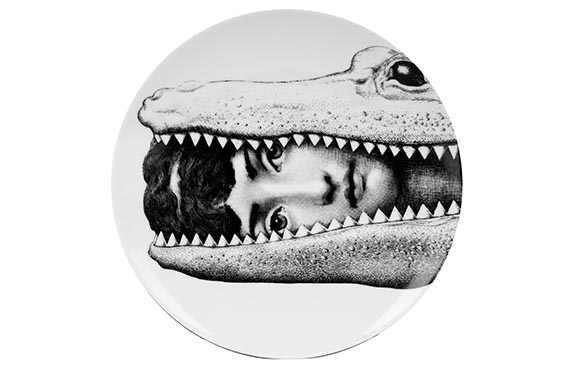 Art Director Bo Nilsson on the artistry of Piero Fornasetti

Drawings. Paintings. Furniture. Graphic design. Piero Fornasetti did everything…and then some. In the first Swedish museum exhibition to include Fornasetti’s entire production, Artipelag trains the spotlight on one of the 20th century’s most versatile artists and cultural figures.
Read more

Pietro Fornasetti’s son, Barnaba, has managed the design house since 1982. He wants to make its art accessible to more people and is driven by his conviction that the world can be saved by beauty.
Read more