Artipelag is devoting its winter and spring season to a retrospective of one of the most remarkable collaborations in fashion: when cutting-edge Belgian designer Martin Margiela teamed up with Parisian house Hermès.

Between 1997 and 2003, Martin Margiela was appointed by Jean-Louis Dumas, then CEO of Hermès, as artistic director of the Parisian house women’s ready-to-wear collections. This collaboration turned out to be one of the most exciting in fashion history, and it is now presented in the exhibition Margiela, The Hermès Years.

Martin Margiela launched his own fashion house, Maison Martin Margiela, in 1988, and the enigmatic and reclusive designer soon revealed himself to be the antithesis of superstar designers. Margiela’s deconstruction of traditional fashion concepts in favour of a more artistic approach has established a reputation as one of the most avant-garde faces of the fashion industry.

On the surface, one could imagine that a collaboration between Margiela and Hermès would be surprising, but Margiela proved to be a masterful interpreter of the Hermès DNA. In stark contrast to the fashion world’s fixation on eternal youth, his point of departure was the natural, mature woman. Margiela dressed women in genuine materials and employed the classic art of tailoring to articulate the architecture of the individual styles. The result was a remarkable fusion of the Margiela’s iconoclasm and Hermès’ timeless quality.

Margiela, The Hermès Years was originally curated by Kaat Debo and Martin Margiela, for the MoMu (Fashion Museum Antwerp) in 2017. For Artipelag, creations from Martin Margiela’s own label and his designs for Hermès are juxtaposed as two different translations of the same vision. The display features a succession of themed sequences with over 100 outfits, photographs and short films in a circuit in which Hermès orange interacts with the white of the Maison Martin Margiela. This helps visitors to understand the creative process that navigates seamlessly between the two houses and their identities.

News: Two for the price of one on weekdays until April 26th!

On all open days we have shuttle buses to take you from Vasagatan in central Stockholm to Artipelag and back.
Read more >>

Make more of your visit to Artipelag by joining a guided tour with one of our hosts.
Read more >>

All introductions are included in the cost of entry and pre-registration is not required. Please meet just inside the entrance to the exhibition hall.

Tuesday–Sunday at 11.45 am and 1 pm. The introduction will run for about 15 minutes.

Tuesday–Sunday at 2.00 pm. The introduction will run for about 15 minutes.

Saturday–Sunday at 1.30 pm. A 15-minute introduction for children and adolescents. Parents are welcome to join. 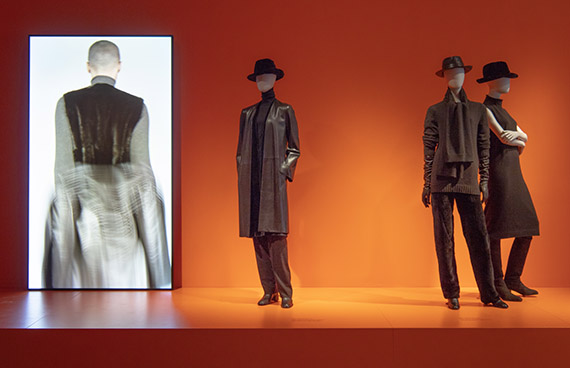 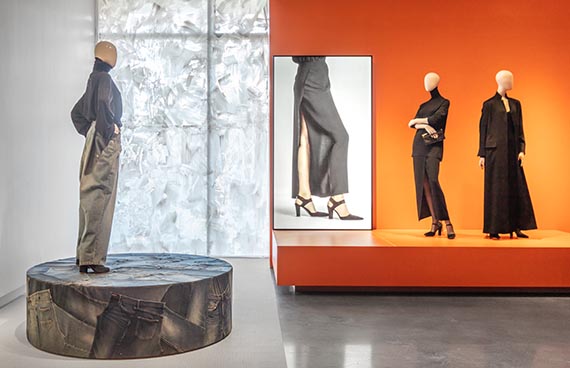 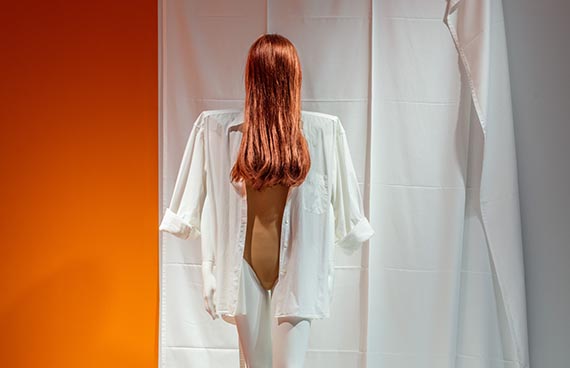 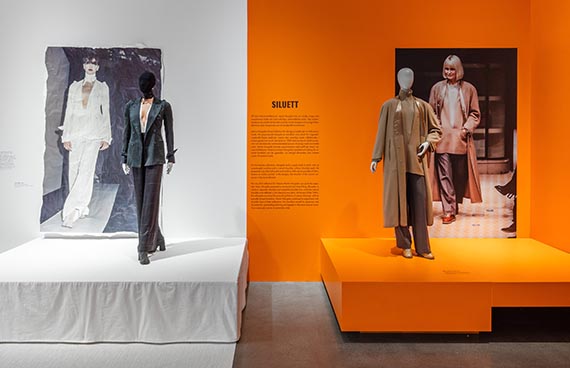