Last year’s Detour outdoor exhibition is succeeded by this year’s Sculpture in nature. Exhibits from Detour – some in the same position as last year and others in new locations – coexist with new artworks.

As its name suggests, Sculpture in nature is about the synergy created when artworks are displayed against a natural backdrop rather than in the customary neutral white cube. A synergy that has always been very important at Artipelag, not simply via the placement of artworks, but also through the venue’s architecture, and the way that natural elements occupy space indoors and are welcomed in through the walls and roof.

Artworks that have been repositioned include Per Kirkeby’s bronze sculpture Monument, which has left its romantic forest setting to occupy a more central position that accentuates its architectonic relevance. Klara Kristalova’s What holds me back carries me further has also moved from its position in the mystical forest to a more open space, where the sculpture’s kinetic energy is intensified to the point where it seems poised to escape its bond with nature.

This year’s outdoor exhibition features a new artwork that have also been added to the Artipelag collection. The Belgian artist Berlinde De Bruyckere’s sculpture Rodt, 6 January (2012) has been installed outside the main entrance. The sculpture depicts a dead deer on a stone slab, a reminder of the interplay between people and nature, and of the delicate balance that we need to preserve.

On all open days we have shuttle buses to take you from Vasagatan in central Stockholm to Artipelag and back.
Read more >>

Make more of your visit to Artipelag by joining a private guided tour with one of our hosts.
Read more >> 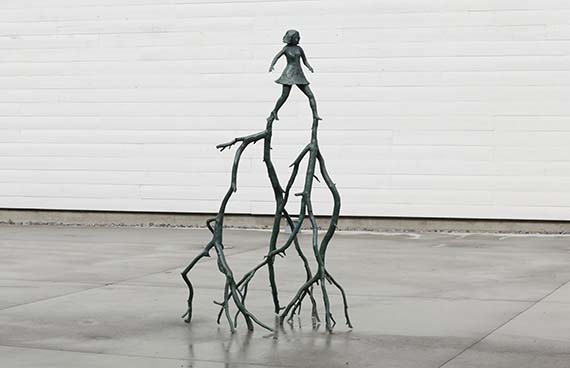 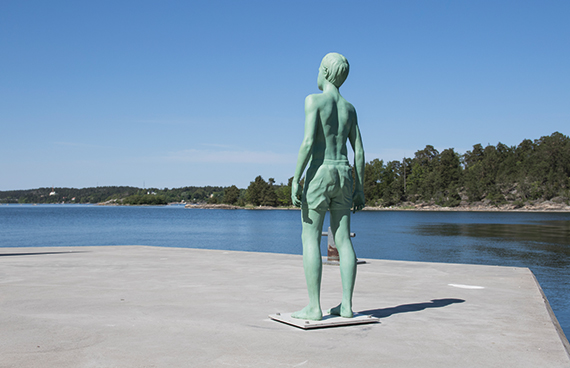