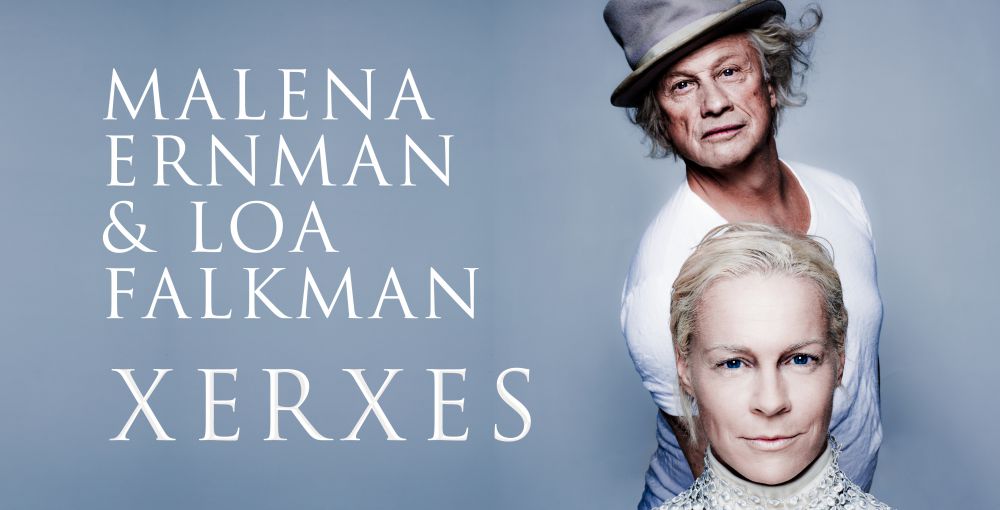 International artist Malena Ernman plays the leading role of King Xerxes. Accompanying her are opera stars Loa Falkman and Kerstin Avemo in a performance is directed by Lars Rudolfsson (known for “Kristina from Duvemåla” and “Help Wanted”). The music is performed by one of the world’s top baroque orchestras, Ensemble Matheus (France), and the conductor is their artistic director, Jean-Christophe Spinosi.

“Xerxes” is premiering 12 September and will continue to run through autumn 2014 in Artipelag’s Artbox.

“Xerxes” gathers together the elite Nordic vocalists, one of Sweden’s foremost directors, the world’s leading baroque orchestra, and one of baroque music’s greatest conductors.

“Our ambition is to introduce baroque opera for the general Swedish opera and theatre-going audience in an environment that is reminiscent of the opera’s simple and natural background. That’s why we chose the fascinating Artipelag art hall and its beautiful setting in the Stockholm archipelago”, says Malena Ernman.

The music in “Xerxes” is performed by one of the world’s foremost baroque orchestras – the French Ensemble Matheus. The conductor is their artistic director Jean-Christophe Spinosi, who has won numerous international awards and prizes.

The performance lasts 3 hours, including a 25-minute intermission.

Georg Friedrich Handel’s opera from 1738 is full of intrigue, misconception, power struggles and romantic entanglements. Originally a castrato role, the leading role is now normally played by a woman. “Xerxes” contains one of the operatic world’s most famous arias, “Ombra Mai Fu”, but it is not only the beautiful music that has contributed to the great popularity of  “Xerxes”, it is also the fact that it is in part written as a comedy. Comedy was unusual in the early days of opera, and the character role of Elviro (Loa Falkman) is a so-called one-off – it is the only comic role that Handel ever wrote.

Since about 20 years ago, baroque opera has been an integral part of modern Central European performing arts. With its playful simplicity, natural expression and scenic openness, it has become a bridge between opera and theatre. Its musical language is equally comprehensive and exclusive as it is simple and melodious.