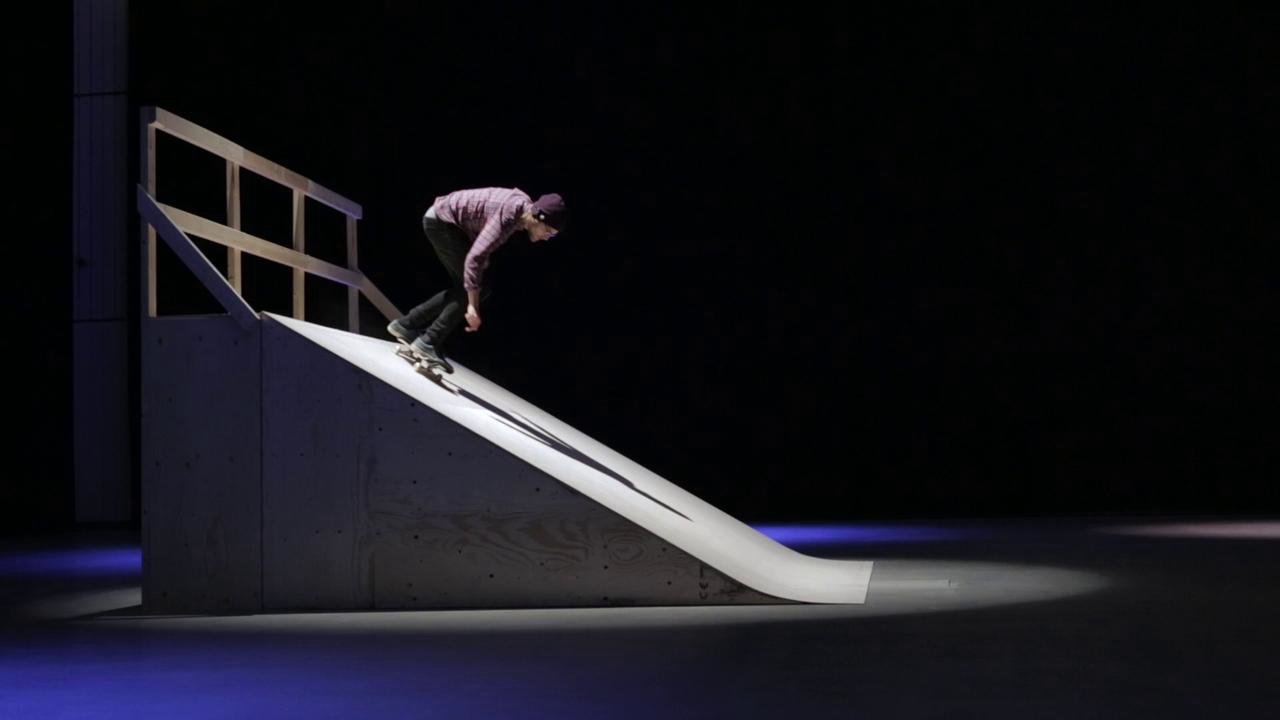 Since Christmas hundreds of children, teens and adults have been able to skate every weekend in the 1200kvm large Artbox at Artipelag. It’s now time for the festival with photo exhibits, film festival and smaller contests to begin. During the sports break we will be open Wednesday to Sunday.

Today skateboarding is a growing movement that speaks to people of all ages. Besides being a sport and activity the surrounding culture has had a major impact on film, photo, graphic design, art and fashion since its inception in the seventies. STHLM Skateboard Festival is about bringing forward the emense amount of creativity associated with the sport – which in turn isn’t just a sport.

Anders Neuman runs Transition, a Swedish boardsports magazine and is an award winning photografer within skateboarding, snowboarding and skiing. He has photographed skateboarding for over 15-years and some of his work is taken in the skate park at Artipelag and is reminiscent of dance photography showing only sillouettes of the skater.

Robin Nilssen won photo of the year at the Swedish Skateboarding Awards this year and it wasn’t his first time. His photography can be seen in both Swedish and international skateboard media and visualizes a refined form of the genre specific skateboarding photo. The pictures on exhibit are taken in the skate park at Artipelag.

A skateboard is a canvas and contains space for fantastic works of art and graphical form. Just the skateboard itself is a finalized piece of wood design. We exhibit skateboards with the festival graphics designed by Axel Hugmark and with the revolutionary Swedish invention Tip Technology, a more durable skateboard. The festival skateboard is produced in collaboration with WeSC.

During the period that the skate park has been in the Artbox there has been many video clips recorded by skaters with their own camera and equipment. To display the constant presence of film in skateboarding we have collected this footage and will be looping it on a screen in the skate park.

Film festival in collaboration with Brutal Brewing (3/15 6pm – 12am)

– This Ain’t California – Skateboarding is politics, especially in the DDR during the seventies although it wasn’t about the wish to be American, but to be free. This is one of this years big documentaries on tour to different film festivals around the world.

– Kaleidoscope: LUMA – Winner of film of the year at the Swedish Skateboard Awards which also contains the skater of the year. Skateboard film.

– Beyond: Yours Truly – Finnish skateboard film of the year which has gotten international attention. The project also includes an artist photo book, something that is becoming more common when releasing a film and will be available to view during the night.

– Skateistan – A non-profit skateboard organization that organizes boys and girls in the war torn country of Afghanistan and gives them the chance to be children and enjoy the activity of skateboarding. Documentary short.

– Divine Transition – A bored young man looks up at the roof of a church and notices the perfect transitions for skateboarding. Short by Pelle Hybbinette.