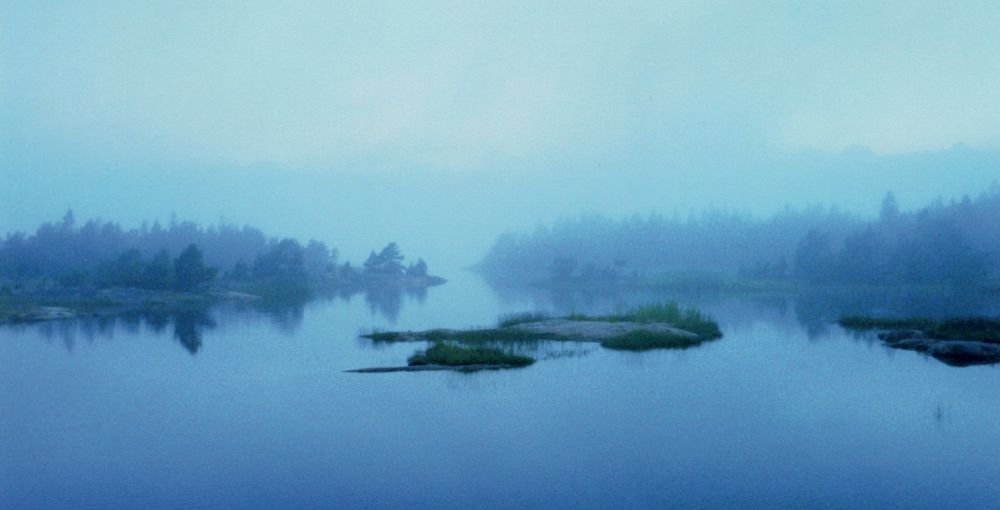 In Artipelag’s Artbox you can see the slide show Reflections on Mankind and the Biosphere, which is a book project published by Langenskiöld Publishers in 2014.

During a long series of years, Lars Hall photographed a particular bit of nature in Stockholm’s northern archipelago. From the exact same point on Grillskäret Island, with a view over Blekbådan and Grillskäret, various seasons and times throughout the day have been documented by camera. The result has been a fantastic exposé of nature’s shifting scenes – from a peaceful atmosphere to the dramatically menacing.

Using musical quotations and scientific resilience, Carl Folke has consciously written a dialogue between nature and man in a thought-provoking manner. The images and the text interact in a repetitive rhythm.

Lars Hall is legendary within the field of design through his work at Hall&Cederquist during the 1970s and Lars Hall Design AB from 1990 onwards. He has been a key advocate for the photographic image via the gallery Camera Obscura that he established back in the 1970s.

Carl Folke is a Professor and Director for the Beijerin Institute of the Royal Swedish Science Academy. He is also the Scientific Director and founder of the Stockholm Resilience Centre at Stockholm University and a world-leading authority in resilience research.

Purchase the book Reflections on Mankind and the Biosphere by Carl Folke and Lars Hall in our Design Shop. (Langenskiöld Publishers, 2014). Price: 490 SEK