The White Bus consists of works created by the Swedish artist Jan Håfström, born in 1937. The exhibition has its origin in a historical event that took place at the end of the Second World War, when Sweden, under the leadership of diplomat Folke Bernadotte, carried out a dramatic rescue of 15,000 people incarcerated in German concentration camps.

Comprising a series of 15 works, The White Bus was conceived in a ten-year period from 2009 to 2019. True to Håfström’s characteristic style, reminiscent of children’s book illustrations and comics, the paintings tell the story of a childhood bus ride turned into a nightmare. During the journey, it gradually dawns on the artist that the other passengers are dead. Portrayed in nine paintings based on an archaic skull, the colour scheme provides each with its own personality.

Jan Håfström’s art contains numerous references to the history of war. Born in 1937, Jan Håfström was only eight years old at the end of the Second World War, but it still seems to have adversely affected his conception of the world. However, it is not the acts of war themselves that interest Håfström but rather how desperate situations disrupt interpersonal relations and lead to primitive behaviour.

However, Håfström does not confine himself to telling the story of the white buses. He interweaves the heroic end-of-the-war rescue operation with a journey into one of the darkest corners of history. In one of the works, the date January 20th is visible in the form of a key. A historical date referring to the Wannsee Conference, which took place in 1942 in the Berlin suburb of Wannsee involving officials from the NSDAP (the National Socialist German Workers’ Party) and the SS. The purpose of the conference was to arrive at “the final solution to the Jewish question”, that is, the extermination of the Jewish population.

The White Bus has been acquired by Artipelag in order to keep Håfström’s unique series of paintings together and make them available to the public as a reminder of a part of humanity’s history that must never be forgotten. 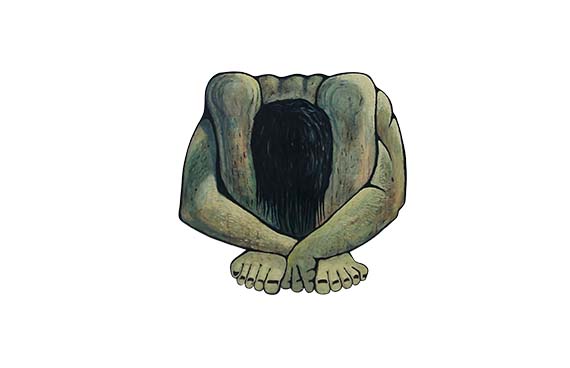 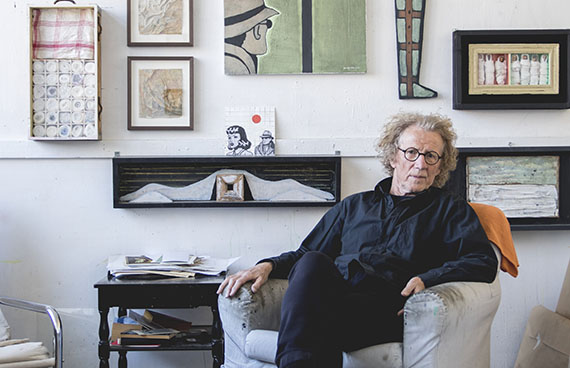 The exhibition starts with a 13 minute long video introduction, where Artipelag’s founder Björn Jakobson gives his interpretation of the artworks and their historical context.